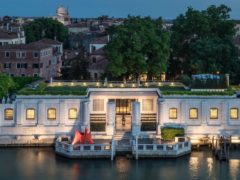 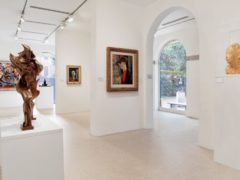 The Peggy Guggenheim Collection in Venice is the most visited museum in the lagoon city after the Doge’s Palace and is one of the most important Italian museums on 20th century European and American art.

It is located in Palazzo Venier dei Leoni, on the Grand Canal, a building with a splendid classical facade whose construction began in 1748 on a project by the architect Lorenzo Boschetti and which has remained unfinished to this day.

The palace was the private home of Peggy Guggenheim (1898-1979), ex-wife of the famous surrealist artist Max Ernst and niece of the magnate Solomon R. Guggenheim, as well as a great art collector and enthusiast.

Since 1980, she has housed his prestigious personal collection, donated at his death to the Solomon R. Guggenheim Foundation, which manages, among others, the famous Guggenheim Museum in New York and Bilbao.