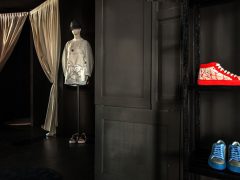 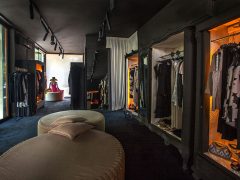 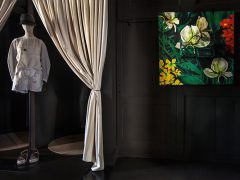 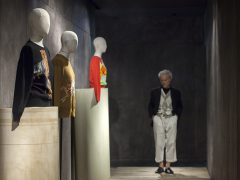 There was a time when no woman would ever have dreamed of wearing tailored trousers.
In that same era, no tailor would have ever conceived of a slim fit man’s jacket.

In those years, when the total look was a market imperative, Fabio Gatto was born and raised professionally, a fashion visionary and forerunner of the times, who believed in production specialisation as a driver of success. With the women’s trousers designed for Peserico, he has given a new impetus to the female body, enhancing and highlighting its shape. Elasticised fabrics in a top quality tailored garment, capable of enhancing the anatomical forms rather than merely reproducing the centimetric proportions of a standard size. With the jacket he designed for Tonello, on the other hand, he brought to light the demand for a new fit for men with long and sculpted curves that was emerging in those years.