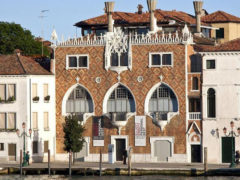 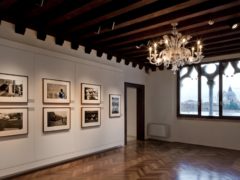 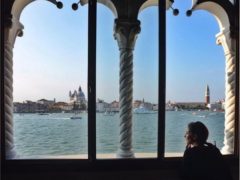 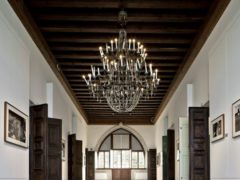 Splendid testimony to the Venetian architecture of the early ‘900, the House of the Three Oci was designed by the artist Mario De Maria (Marius Pictor) and built in 1913 on the island of Giudecca, in the center of the basin of San Marco, in front of the square and the Palazzo Ducale. The building is one of the main examples of neo-gothic architecture in Venice, so much so that in 2007 it was declared a property of historical and artistic interest by the Regional Directorate for Cultural and Landscape Heritage of Veneto. After a careful restoration by Polymnia, an instrumental company of the Fondazione di Venezia that purchased it in 2000, the Casa dei Tre Oci became in 2012 an exhibition space open to the public, a privileged campus of elaboration and cultural comparison on the languages of contemporary art, with particular attention to photography.