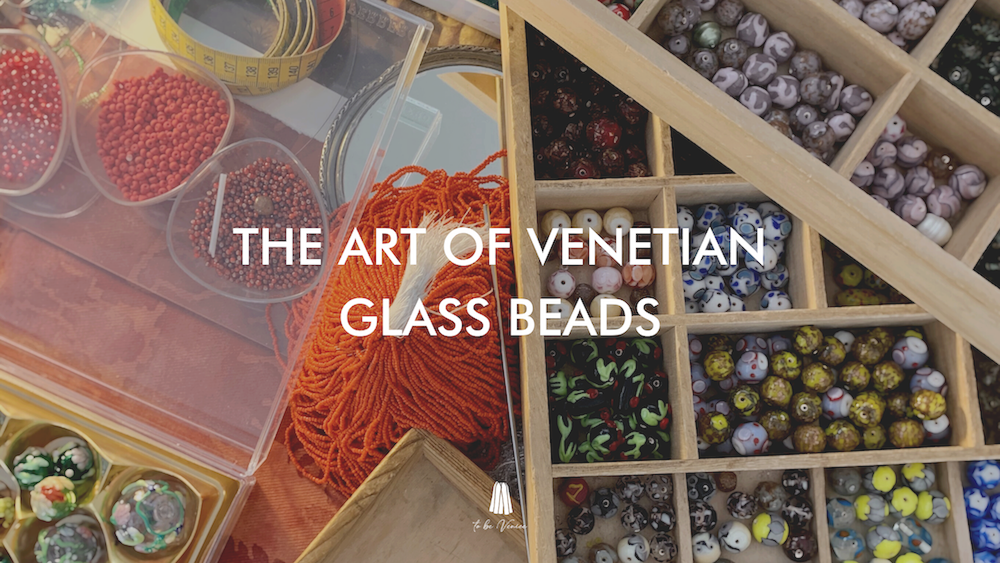 The Art of Venetian Glass Beads

The Venetian glass beads, small and precious artefacts of many types, have long been a part of Venetian glass-making history and still today represent a lively and important production.

The creation of pearls dates back at least to Roman times, even if a more ancient origin in Egypt or Mesopotamia is not excluded. What we know for sure is that the production of glass beads in Venice is found in documents dating back to the fourteenth century, becoming a valuable asset for trade.

We are in the thirteenth century when the first evidence speaks of a type of pearl called veriselli, created for trade after the Venetians had sniffed the deal from a story by Marco Polo. In addition to veriselli, artisans also created paternostri, the Rosary beads. They were bought by Christian pilgrims visiting Venice.

m “Impiraressa” comes from Venetian dialect and from the verb “impirar”, which means “impale”. They would pour the beads, divided by color, into a wooden tray with a curved bottom — the séssola, and they held between 40 to 80 very thin needles in their hands, in a fan-like shape, with which they would string the conterie into long cotton or linen threads. Importantly, this was an exclusively feminine job.

Marisa Convento is known in Venice as the queen of impiraresse (bead-stringers), as she is practically the only one still practicing this ancient profession, which used to be the most widespread among Venetian women until the first half of the 20th century. It is important, Marisa is also a Vice-President of the Committee for the Protection of the Art of Venetian Glass Beads.

17th December 2020, Paris: The Art of Glass Beads has been listed in the UNESCO intangible cultural heritage. The decision was made by the Intergovernmental Committee for the Safeguarding of the Intangible Cultural Heritage of UNESCO.